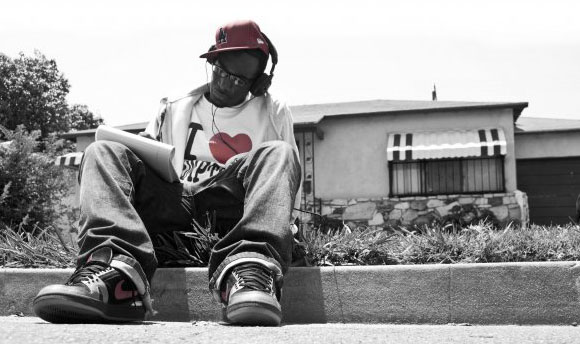 Putting Compton Back on the Map

The music world is just getting to know Blink Twice. From his entertaining and creative live performances the music world is learning more about the talents and testimony of Blink, but we're only just starting to scratch the surface of this up-and-coming artist. Now, with his first debut full-length album rapidly approaching, we thought it was time to learn more about the Compton-based, rapper and how his life has changed while working on his album.

Please introduce yourself and tell us where you're from...

Haha that is such a hard question to answer for me because one answer does not tell the full story. At face value my name is Blink Twice, most call me just Blink and I am a rapper from Compton, California. A little more in depth about myself however, is I was born in Los Angeles originally; my biological mother is from Africa…Uganda to be exact. I was basically born on the streets, homeless, living in cars, around prostitutes, gang bangers, no food, just all bad. Then from there to public housing, section 8, welfare etc etc. There were a lot of horrible things I saw, I remember not having a home and having to steal to eat and to make sure my little brother ate. I remember eating out of trashcans; I remember being young and having a gun stuck in my face. But God was always there protecting me I believe. Anyways, though I have 9 siblings, my father left when I was young. I lived in a very violent and abusive household and environment. I moved around a lot, never really staying in one spot for long so I always struggled with this sense of home and what that means. Particularly since I was dark-skinned, nappy hair with holes in my shoes and pants, no real friends and my mother didn't know what she was doing, she was hurt and confused and not from this country, so I think she just moved to wherever and tried to instill in me things and raise me, sometimes she did a great job of it, and sometimes she did a horrible job. I mean 10 children, single mom, no real home or food like that, and I'm her oldest…I'm surprised it even worked out as well as it did, I mean she did some things she shouldn't have done that its hard to speak of honestly, and at the same time there have been many instances I wish I could've been a better son and did more to protect her. I love my brothers and sisters, I want them to be proud of me, I want to make my mother proud. We moved to San Diego as well which the area was better however, it was like 12 people in an apartment at one time and then I moved to Compton through my adopted family who sort of just took me in and gave me a place to stay, I wouldn't be here without them. They saved my life, I also want them to look at me in pride, I don't want them to feel like taking me in was in vain or them shaping and forming my identity was for nothing. The hub city was the first time I had a stable home…. food, a place to sleep consistently, stable family life, and Compton is the city I've lived in the longest and really the closest thing I have to a home. And that is where I am "from".

Why did you name your album Dreams & Headphones?

Honestly it's a fairly layered concept to me and the meaning has changed consistently and probably will continue to change for me. But at first glance headphones represents a sense of safety through music, I used to walk around with headphones all the time just listening to music or sometimes just having them on to avoid other people, just being anti-social and that is also where the dreams come from, because I would put on the headphones and just daydream about life, about the future. About how can my life be different than the life I'm living now. Being in Compton, living life, going to school, thinking about the past, the places I've been. I was always just dreaming about living a different life than the one I had, as well as my dreams of fame and Grammy's, and people cheering my name and performing on stage. All were part of my dreams.

How long did it take you to make this record?

Too long hahaha…. about five years or more…. Probably longer but I am too embarrassed to say how long haha.

You recently changed the direction of your music, why?

I went through about five drafts; initially it was a more abstract album, very lyrical, concept heavy. Then I changed it around and made it more accessible and during that phase a lot of the people I was hanging out with pushed me or would relay to me about being more radio friendly, less wordy, focus on making more "hits" and just being a easier to understand rapper. When that phase happened I was so consumed with what others thought about my music, so I changed how I approached music trying to appeal to the masses, club records, pop records…and I failed miserably haha, I had a draft of the album and I thought I was ready to put it out but it just was not me. Now I am sort of back at the beginning, but just with a stronger skill set and stronger songs, I am back to doing me, soulful, lyrical, concepts but with a focus on good songwriting and now instead of looking for the hit or looking for the appeal I just come from the heart, I just hope and pray people feel my records and are drawn to it, to who I am (whatever that looks like) or at least my story.

What are your songs about?

The album title and what the album is about is connected, but my songs are basically me finding myself, dealing with my identity and the stuff I have seen and been through, peace, joy, pain and laughter. But it's my story, dreams and headphones conceptually is about me and other things I have seen, and people I have been with and around.

What is your favorite song on the album? Why?

Oh wow…. that's difficult because I know that next week it will change haha…but right now I guess I really like one of the interludes called "Toy Cars" Its only a minute or so in terms of length but it just has that transparency yet lyricism and melody, though abstract, that I like in my music.

How would you define the word "success"?

Being able to provide for my family, doing what I love and impacting the lives of others, in particular the children. At one point it was about awards, Grammy's, money, fame and cars and so on and so forth. That has changed now, in part because I am just not that sure I will ever be that big haha, but also in part because I would like to change lives.

How long have you been doing music?

Maybe for 10 years, but seriously maybe 5 and unfortunately it is only now that I am putting something out.

Is there anything you would do differently in your career?

I would have made a decision about music earlier, and put out more stuff, I was just so self conscious about my music and didn't want to deal with the rejection, something which at times I still struggle with but the great thing for me NOW is that I am very confident in my skill set and my records. Hopefully people love it as much as I do but if they don't I am okay with that….but at the same time I think you're crazy if you don't haha.

Do you ever get lost in the music?

What kind of question is that? Haha…. yes of course but I think any artist who loves music gets lost in it…. and for me that is a good thing, because music has been a sanctuary for me and a place to figure out who I am and to deal with the demons from the past.

How important is music to you?

Hard to answer that question because any of my responses would be an understatement of how I really feel about music and the importance of it in my life…music has brought me through some tough times, so I'd say that its very important.

If you had to listen to one artist for the rest of your life, who would it be?

If you weren't a musician, what would you be and why?

A marriage and family therapist…which I still intend on being, I have no idea how long the privileged time I have with music in terms of making product will be..but I have always wanted to impact people, music is a vehicle towards that as well as therapy.

Can we expect a tour from you in the near future?

Dreams and Headphones is a long awaited and highly anticipated project. We appreciate you spending time with us. 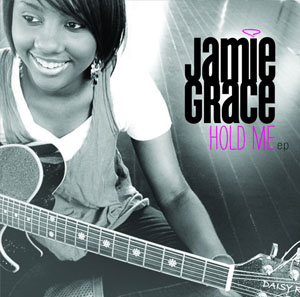