In a League of their own

Jesus Worshiper will be known to many of you as the band that gave us the hugely popular rock worship song 'Living Sacrifice' which is from their debut CD 'Foolish Things'. It has been a long time coming, but the Los Angeles based rock worship band just released their fourth full-length album, which is titled 'Savior Of The Weak'.
JW looked to Scott Silletta of Plankeye, Fanmail and the Franchise frontman fame, to record and produce their first full-length album entitled Foolish-Things. The demand for their music eventually grew into another go at a full-length studio album 2 years later. Once again Mr. Silletta recorded and produced for JW and the result was Seven Star Day… Fast-forward 6 years later, turning to Shayne Kaurin to record and Scott Silletta to produce "Savior of the Weak," released March 2013.

'Savior of the Weak' opens the album up with a bang, taking on the rock worship sound, the band sing on 'Dying in My Place' with such heart that it really brings the band back with a massive 'hello we are Jesus-Worshiper and we're bigger and better than before', figuratively speaking. It's a great opener. The songs sounds fuller than the band's previous albums, thrown on top of them is synth work that isn't over powering but adds a slightly modern rock that just adds an exciting groove to it.

Musically, every convention of rock worship music is present. Guitar licks with slight distortion and a metric ton of delay? Got it! Over-laid with synth? Got it! Driving drums that build into every chorus? You bet-cha! And the list goes on. The musicianship Jesus-Worshiper exhibits is refined and obviously suited to the work. The production feels very sanitary, in typical Scott Silletta fashion, with arrangements that never overpower their primary elements and any rough edges pruned into oblivion. The parts contributed serve the songs they inhabit, and overall the presentation is clean and balanced.

"Savior of the Weak" is an impressive step outside of the usual JW verse-chorus format. Many have called "Savior of the Weak" JW's best album that they have released. The songs are lyrically much more mature, with content touching on such themes as self-examination, failure and redemption, and the human condition.

Musically, their sound has evolved into something much more heavy since their first album. They have taken to drop tuning for a more aggressive feel and have utilized more screams throughout their songs. JW has also managed to keep true to their name and continue to write original worship anthems for a generation in need of praise music with an edge. 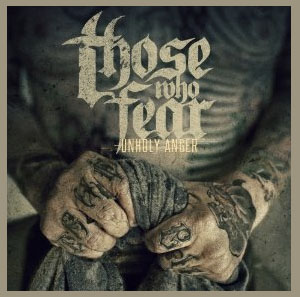