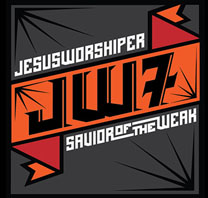 "Savior of the Weak" is an impressive step outside of the usual JW verse-chorus format. Many have called "Savior of the Weak" JW's best album that they have released. The songs are lyrically much more mature, with content touching on such themes as self-examination, failure and redemption, and the human condition.

Savior Of the Weak