On the Edge of Stardom

The Stripe Coats is a tightly-knit four-piece– Joe Lopez, Ryan Petakoff, David Anthony and Mitch Krebs - that has been gaining the sort of ecstatic write-ups in Los Angeles music blogs and articles that makes you suspect the reviewers must be family, friends or fully paid-up members of the fan club. This reviewer is none of those things, and can declare that this band is fresh and ferociously good.
The Stripe Coats are a native Californian alternative rock band from Los Angeles, the band released a 5 song EP and shortly after that inked a label deal with Tate Music Group, their debut album in August 2010, under the band name Kaden, caught the attention of music lovers all over. Their second studio album is currently being recorded in Hollywood, CA at the Paramount Recording Studios, without a release date.

Their music has been promoted on popular television programs such as MTV, and radio stations across the country. The cynics, of whom there are many, will tell you that the Stripe Coats are like Cold Play without the edge, but for a group who've already performed in front of more than 18,000 people at the 2010 Freedom Celebration, which is a relatively big show, they handled it like pros – from where I'm sitting they have the right stuff to rock with the best of 'em.

When I first played through the first five album tracks I was very unsure of it. However after multiple plays it is growing on me…

One thing I noticed is that all the songs are well arranged. The album flows well together but the definite stand out songs for me were 'You' and ' Can We Start Again', which starts quite mellow but builds into a uplifting chorus. The song really shows off Joe's range as a vocalist. There's nothing like seeing the real mc coy so the next time you get a chance to see just how incredible of an adventure it is to observe Stripe Coats in person take full advantage of this rising band and maybe you too will be a converted Stripe Coats fan. 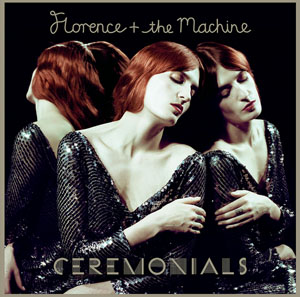